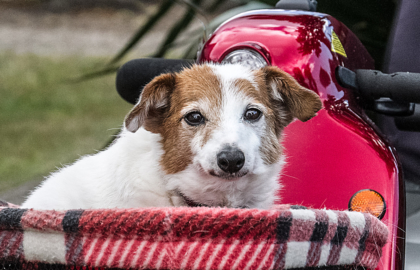 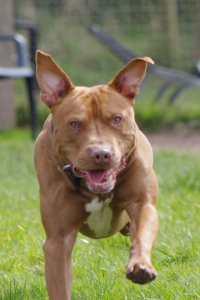 Roman came in to us with two Staffordshires, they found new homes and he didn’t. Why not? It’s because he’s classified as a Pit Bull Terrier and we are not allowed to rehome him. He is about 8 years old now (2017) and, in the time he has been with us, he has shown himself to be an affectionate and intelligent dog. When he arrived his manners left a lot to be desired but he proved to be a quick learner and was soon picking up commands and walking nicely on the lead. Although big and powerful, he is a gentle giant and loves people, His equable temperament means that he can help to socialise other dogs who need help – he tolerates their jumping around or barking without reacting. Roman perfectly illustrates that it is not the breed of a dog that is a problem, but what they learn and how they are treated. 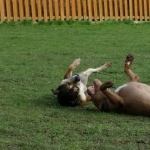 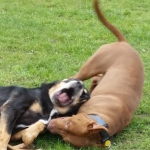 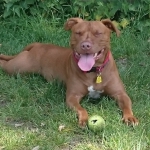 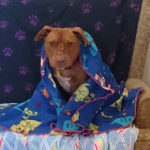 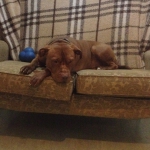