Here are the dogs who currently need new homes. Click on a dog name to find out all about them. If you would like an Application form, please follow the link on the rehoming page.

Please note we do not reserve dogs.

How to Adopt Get in Touch 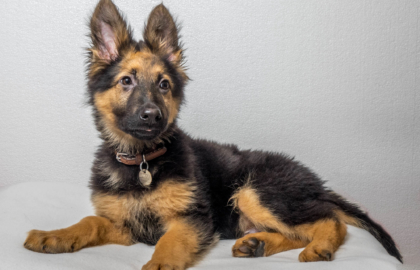 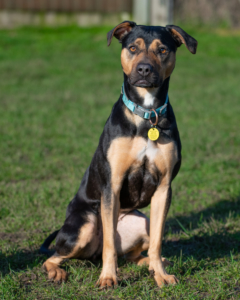 Lilly is a 4 year old Rottweiler cross.  She is a highly intelligent dog, who needs a special home with an experienced, sensible owner;  ideally someone who has an active outdoor life and needs a dog to accompany them.    She might also be suitable for scent work as she is not large, and learns fast.
She was very worried about getting into a car, but now with patience and perseverance, she travels quite happily.   She was also extremely unsure about walking on a lead, and would suddenly stop and refuse to move, so it took time for her to appreciate that a walk was a “good thing”!

Her training will be ongoing as she knew very little when she came to us and has obviously suffered setbacks being moved around.   She is very affectionate and loves a fuss, but gets very excited with toys and balls, so play is limited and training games are best.   And she has occasional mood swings which maybe to do with her previous life.

She walks with our other dogs and is fine, but can react to strange dogs if they push into her, especially if they bark at her.

Lilly settles well at night and has not been upset by fireworks.

She came to us from the pound and we have had her about a year.

Lilly has been homed twice and returned twice – different reasons both times.   We always make it clear to adopters that there is no substitute for  professional help and sometimes an experienced eye can pick up something quite simple – we also give out a list of dog trainers and behaviourists who we know are thorough.     Sadly this advice was not acted on.   We can only say that Lilly is a delightfully friendly dog – she has never been difficult with any of the staff or volunteers at the sanctuary and even likes the vet.   She can however be stubborn and sometimes needs to be coaxed into the right action.   And she needs a home where she won’t be left as she gets upset.
We do hope that there is the right person out there for her, who will be patient and understanding and take advice if necessary.
We think that she would be best suited to a one or two person adult home. 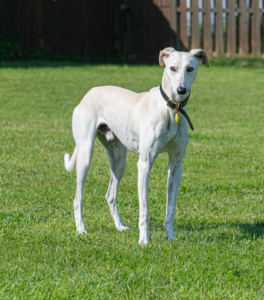 Buddy is a 1 year old Lurcher.

When Buddy first came in to us, he was very nervous and distrusting of humans. Over time, Buddy has become a very friendly and playful boy. He very much enjoys his one-to-one time and is learning how to show affection in his own special way!

He loves nothing more than a speedy sprint around our field and will happily play fetch with a football or tennis ball until he is tired out. Treats are also a favourite of his.

Buddy is good and attentive when out on a walk and walks nicely on a lead. Owing to his lack of socialisation when younger, he can be a bit vocal when he sees other dogs out on a walk, but with further input and more socialisation this can be addressed.

As a Lurcher, Buddy has a very strong prey drive and is interested by small wildlife when out walking and small pets in the house. Therefore, Buddy would be suited to a house where he is the only dog without other pets or animals. 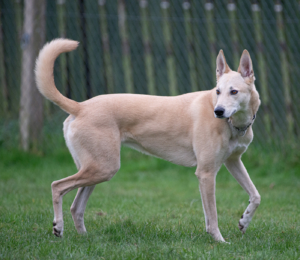 Willow is a 3 year old crossbreed. She is initially a shy girl, but once she knows you, she is very friendly and excited to see you. True to her husky side, she can be quite vocal with you.
She will lean against your leg when she wants attention, she is a very smart girl that can sit, give paw and lay down. She enjoys running around and playing fetch with the tennis ball.
She’s a very loyal girl but needs time to form a bond before she can fully feel comfortable.
Willow can sometimes be reactive on the lead towards things that scare her. With the right patience, love and time Willow will be a very loyal, loving best friend. 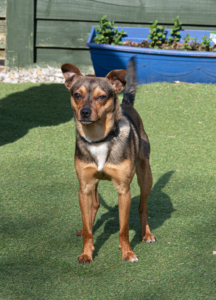 He is a cheeky chap with lots of character, he is a bundle of joy that is ready to beam his love onto the right family.
He is very lively and excitable so will need an active home.  He has not had a lot of input so needs patience and training in his new home. 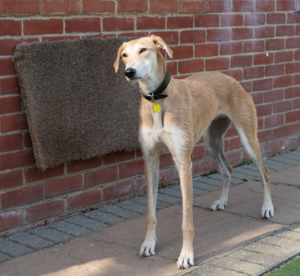 Flower is a 2 year old Saluki cross.  She is an elegant, gentle, loving girl that gives warming cuddles and loves attention.

She still has a lot to learn as she hasn’t had the best start to life being a stray, but with time and patience she will learn as is eager to please. 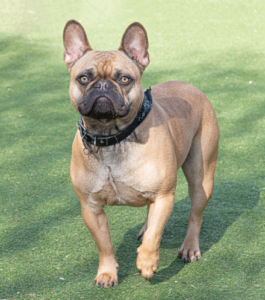 Frank is a 2 year old French Bulldog.  He was very anxious when he first arrived but is settling down now.

He likes playing with a ball.  Frank needs some training as he is strong on the lead, so will need time and patience from an owner experienced with bull breeds.  He is happy with other dogs when out and about, wanting to be friends.

Frank is a dog who likes a one to one relationship, so needs to be the only pet in his new home.…read more 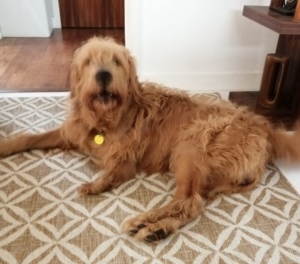 Trey is a large Goldendoodle who is about a year old.  He was born with a foreshortened, deformed front leg, but as he has never known anything else gets around with no problems, but cannot be over exercised

His behaviour is getting much better. He can be wilful and strong and also quite vocal. He didn’t like his harness initially and used to run away from it and then refuse to move once it was on.  Now he knows that he doesn’t get a fun walk unless he has it on. He has calmed down leaving the house and enjoys his walks.  He is a friendly dog and enjoys making new canine friends.  He is learning how to approach them politely and can now walk away happily.

He loves his food and can be a bit of an opportunist when things are left out. Trey is not destructive when left and he waits patiently by the door for his foster Mum to return. He accepts routine. He goes over 10 hours in silence overnight which is bliss.

He has trouble getting in a car – so needs a ramp.

Trey has a lovely, loving personality and will be a great companion for the right person.  He is looking for a special home where his new owners will not be worried about his disability and treat him as such.

Marley is a year old greyhound.  He is a typical youngster who has not had much input, so will need training.  He has lived with cats and another dog.…read more

Henry is a year old Labrador cross.  He is initially quite shy until he gets to know you.  He has not had much input, so will need training and lots of mental stimulation.  He is not able to live with cats and is wary of children of all ages.  He is learning to play and likes a ball but tends not to give it back unless bribed with a treat.…read more 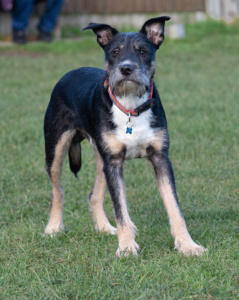 Robbie is a 10 month old Terrier cross.  Initially he is quite shy and timid when he meets you, so needs time to feel comfortable with new people.

He has not had a great start in life so needs a patient, experienced owner, who will allow him to come out in his own time.  Once he is happy he enjoys a cuddle.

He enjoys walking with other dogs but lacks a few manners when greeting them.  He will need ongoing training to help him develop into a well rounded dog.…read more 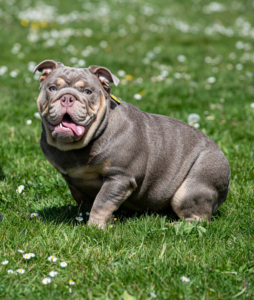 Eva is a six month old British Bulldog.  She has not had a great start in life so has lots of catching up to do.

She is an affectionate girl once she knows you but is a little timid to start with.…read more 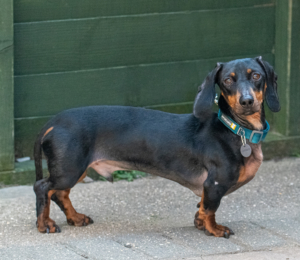 Bernie is an 18 month old miniature Dachshund.  He is a very busy boy, who is timid and shy when he first meets you.  gets on well with other dogs and likes walking in a group.…read more 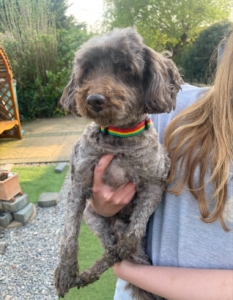 She is a friendly girl who loves the company of humans and gets on well with other dogs.

She is looking for a quiet home.…read more